Adriana Marchione MA, REAT, RSMT, Director has been involved in the arts for over thirty years as a filmmaker, exhibiting visual artist, Argentine tango dancer, arts curator, performer and creative therapist. Marchione majored in Studio Art focusing on photography and mixed media and has a Masters Degree in Psychology. For over a decade, she has been a leader in her work as expressive arts therapist and educator specializing in addiction and recovery. Marchione teaches around the world and at the internationally renowned Tamalpa Institute, a movement/art therapy education center. She created When the Fall Comes in 2013, a performance project that culminated in a film based on her own life story encountering intimate grief and loss. The film gained a strong following and toured film festivals around the world. When the Fall Comes is available in universities across America and Canada through the Kanopy (www.kanopy.com) online video platform, which reaches millions of viewers. Marchione is an advocate of the healing power of the arts and uses creativity as a tool for social change. It is important to note that Marchione has been in recovery from alcoholism for 26 years. She was awarded Artist of the Year by In Recovery magazine in 2016. Find more about Marchione’s work here, www.adrianamarchione.com and her first film at www.whenthefallcomes.com.

Dianne Griffin, Producer is an award-winning filmmaker based in San Francisco, California. Her current documentary Painted Nails, (co-producer, director) follows a Vietnamese salon owner’s life-changing journey. Painted Nails premiered to standing ovations at Cinequest Film Festival, opening in the Bay Area at CAAMFest16 to sold out shows and has screened at over twenty film festivals around the globe. Painted Nails is currently being broadcast on PBS stations across the United States and Canada. Check out the 7 x 7 article, http://www.7×7.com/painted-nails-a-san-francisco-salon-owner-shares-her-story-of-miscarri-1787323516.html. Traveling the world, Griffin has produced and directed many documentaries including White Hotel, shot in Eritrea East Africa for world-renowned organizations and companies. Actively involved in the documentary film community, Dianne Griffin teaches documentary filmmaking including crowd-funding and social media marketing. She has chaired the United Nations Association Film Festival for over 18 years. Dianne draws her inspiration from her work with the people around her, creating intimate connections and telling stories of dignity, suffering and compassion, which move us to act. For more information check out: www.PaintedNailsmovie.com, www.diannegriffin.com or www.digallmedia.org.

Barry Stone, Director of Photography, brings thirty years of experience in the film business. Twenty-two features as a director of photography, most of them with a limited budget, have taught him how to make sure financial resources end up on the screen, how to make best use of the time available and how to manage both small and large crews. Stone grew up in the theater (his parents met at drama school in England). His early experience as an actor in film and on the stage, and his time behind the camera has equipped him with the skills needed to work with new actors and experienced professionals. Stone has received a Gemini nomination for writing, two Genie nominations and three C.S.C. awards for cinematography, as well as a Casbee award for a music video. He resides in the San Francisco Bay Area. His website is www.danceswithlight.net.

Kirk Goldberg, Editor has been working as a freelance editor in the Northern California market for over twenty years. He has established many collaborative relationships with producers, directors, corporations, television stations, and post-production facilities. Goldberg’s success as an editor is due to a strong sense of visual and narrative storytelling present in all his work whether in film, television, online, or high-profile corporate media. In broadcast, his work can be seen on the KQED television shows “Quest” and “Check Please! Bay Area,” which have won awards from the James Beard Foundation and the local Emmys. Goldberg has extensive experience in editing documentary films. Find more about Goldberg here, www.kirkgoldberg.com.

Shelley Richanbach, CADC, Associate Producer is a certified drug and alcohol counselor and an expressive arts educator. She brings dance and the arts to her students and clients with a special focus on addiction/recovery. Shelley founded Next Steps for Women in 2010 and helped to create and establish one of the first Recovery Community Organizations (RCO) in California, Voices of Recovery San Mateo County, in 2009. For over a decade Shelley has led expressive arts workshops, environmental arts and play programs. She has provided development, support, counseling and coaching for women of all ages and ambitions. Her passions include dance and performance, working and playing in nature, and as an activist for reducing stigma attached to Behavioral Health and Recovery. Find her at www.nextstepsforwomen.com.

Stefano Hillman, Associate Producer, has an MA in social/clinical psychology from New College of California. His work over the course of 40 years focused on facilitating the healthy functioning of his clients, who ranged from incarcerated teens in the San Francisco Youth Guidance Center to teens in individual and group counseling at SF’s Haight-Ashbury Free Medical Clinic. Notably, Stefano worked at the San Francisco Drug Abuse Advisory Board from 1991-1994, appointed by the San Francisco Board of Supervisors. His work as a program counselor in Swords To Plowshares’ Transitional Housing Program, counseling vets traumatized by war, as a social worker in San Francisco’s Foster Care System, and lastly, as a rehab therapist at San Francisco General Hospital’s Mental Health Rehab Center, all have been focused on helping his clients/patients with serious mental health and substance abuse issues learn how to fare more successfully in a culture that basically ignored them. 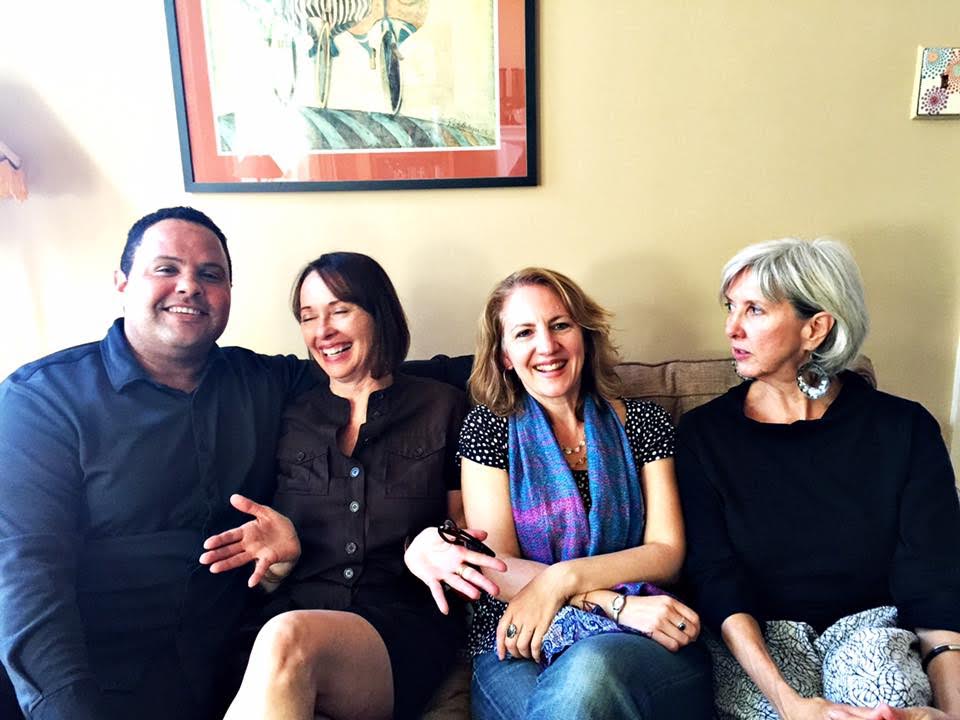